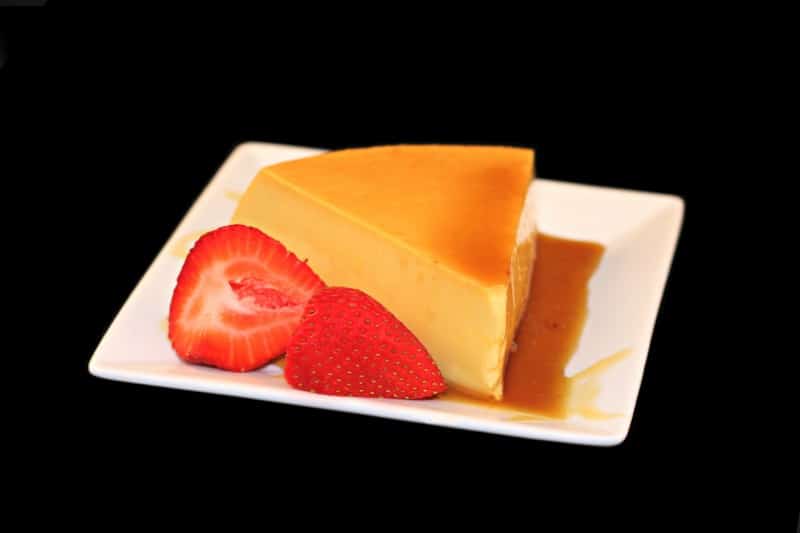 Oh yes, this time I’ve really struck gold. Or caramel, whatever. But seriously, this flan recipe is probably the best I’ve had so far, and I love flan.

Hey, did you know that flan originally got its start with the ancient Romans? This dish was usually prepared with savory ingredients instead of a dessert as you’ll see it today. For example, eel flan was a popular option.

This dish was brought over to Spain during the Roman rule of Europe, but the caramel sauce wasn’t added until it reached France. Not to be confused with creme brulee, which has a hard caramel shell on top.  In the 1400’s, flan was even seen as a health food, thought to aid many different ailments.

In the US, flan may also be called creme caramel, and can be found using different types of milk or even cream cheese.

As a perfect ending to your traditional Cinco de Mayo feast, I give you my Caramel and Kahlua Flan recipe. This rich, creamy dessert gives you the flan you love combined with the coffee flavor of Kahlua.

We hope you love this twist on a traditional flan recipe as much as we do! 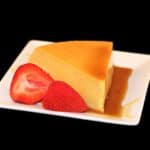